View cart “Cascina del Melo Barbera” has been added to your cart.

The light apple and raspberry flavour is ideal for parties.

La Jara Prosecco Frizzante: semi-sparkling, light in alcohol and wonderfully fresh. The Prosecco Frizzante is great with nibbles, olives or even bread dipped in olive oil. The light apple and raspberry flavour is ideal for parties.

The wine combines the delicacy of its scents with the freshness of the taste, intensified by the bubbles.

La Jara organic winery has been in the same family since 1891. The great love this family has for the land and its products has been handed down the generations. This love is carried on by brothers Massimo and Paolo Marion, who have been running the vineyards since 1999 with renewed energy. Matthew Jukes, Wine Columnist at The Mail describes La Jara as a Prosecco genius. The Daily Telegraph refers to La Jara as Prosecco royalty.

Matches: drink as an aperitif or together with a risotto, soups or salad. 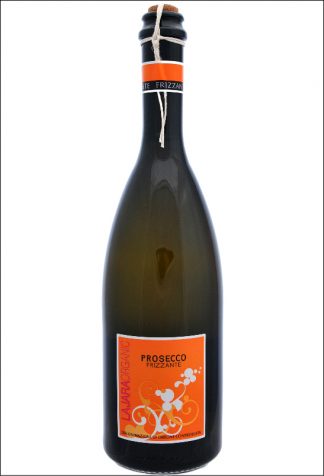