View cart “Rioja Tinto Quinto Arrio” has been added to your cart.

Lascaux Cavalier Rouge is a bright red colour with purple highlights. It has an intense nose of fresh red fruits, raspberry, plum and cranberry. The wine gives a fresh feeling in the mouth, with balance, roundness and much flexibility with gentle minerality. Lascaux Cavalier Rouge is made using a blend of Cabernet Sauvignon, Merlot and Syrah organically grown grapes.

The vineyards of Château de Lascaux have been in the same family for thirteen generations. The name “Lascaux” comes from a limestone specific to the site. With 20 hectares in 1984, it now covers almost 85 hectares of vines surrounded by 300 hectares of scrubland. The vineyard is fully integrated with the rich natural environment of incredible biodiversity protection and giving it diversity of expression. All this gives the quality and originality that make the reputation of Château de Lascaux.

The vines have been harvested around the Pic Saint Loup since Roman times, as in most of the Languedoc region. The fall of the Roman Empire led to the decline of the Languedoc vineyards, until the Middle Ages. The Languedoc enjoys a cool Mediterranean climate, with significant rainfall ( 900 mm / year ) of contrastrées temperatures and distinct seasons. The temperature ranges between day and night is important. The reliefs in the scrubland mitigate the effects of the Mistral and winds from the south.

The grapes ripen quickly here because of the very hot summers. Traditional vinification lasts for approximately 30 days during which there are gentle but regular punch-downs during the maceration. Ages in cuve for 14 months before bottling.

Be the first to review “Lascaux Cavalier Rouge” Cancel reply 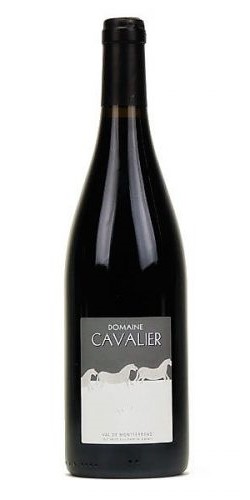