View cart “Christian Dauny Sancerre Blanc” has been added to your cart.

Complexity and depth normally reserved for wines twice the price.

La Jara Prosecco Spumante Extra Dry is one of the finest examples of fully sparkling Prosecco we have found. It has the complexity and depth normally reserved for wines twice the price. This Extra Dry from La Jara is the classic version of the Prosecco. It is aromatic and velvety, it is suitable as an aperitif or a light first course.

In order to take advantage to the best characteristics of the terroir great attention has been placed to the cultivation in field. Biodynamic grape growing principles are applied where ever possible.

La Jara Prosecco Spumante Extra Dry seems to be particularly appreciated on the wine competition circuit. It won the “Diploma di Gran Menzione” in 2007 and a bronze Medal at the International Trade Fair 2008 that was held in London. Matthew Jukes, Wine Columnist at The Mail describes La Jara as a Prosecco genius. The Daily Telegraph refers to La Jara as Prosecco royalty.

Matches: ideal as an aperitif or with fish soups, risotto and Sushi. Even a humble Pizza. 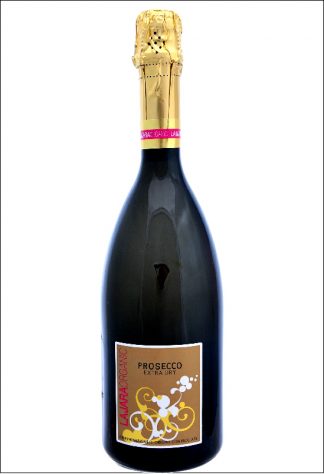